It was the largest — but by no means the only — development last week that left President Donald Trump and his administration defending both his policies and his personal conduct. 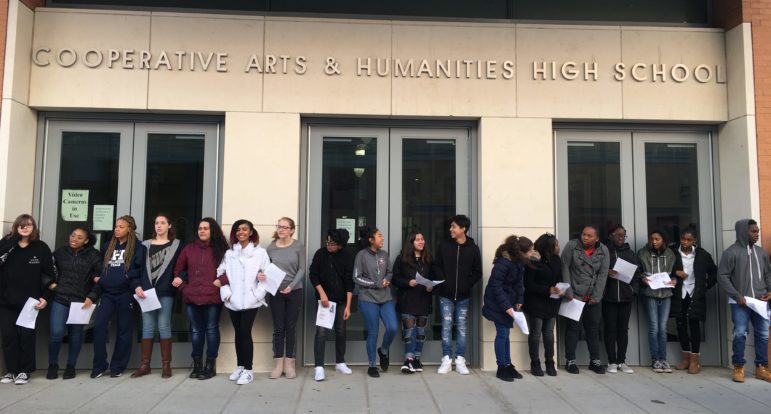 Thursday, following the poisoning of a former Russian spy in Great Britain, the  administration imposed sanctions on several organizations in retaliation for, among other things, the Russian government’s interference in the 2016 presidential elections. The move was a reversal of Trump’s oft-repeated claims that Russian interference is a “made up story” and “fake news.”

That development came only days after he used a tweet to replace Rex Tillerson with Mike Pompeo as secretary of state – a nominee Connecticut Sen. Chris Murphy will be reviewing as a member of the Senate Foreign Relations Committee.  It was another (and reportedly not the last) in an unprecedented and ongoing series of staffing changes, followed quickly by the appointment of Connecticut resident Larry Kudlow as chief economic advisor, replacing Gary Cohn who resigned last week. 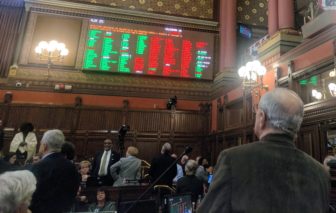 House members watch the tally as votes are cast on McDonald’s nomination.

At the State Capitol there were plenty of hardball partisan politics over the nomination of Justice Andrew McDonald to be chief justice of the State Supreme Court. The House, by one vote, sent the nomination on to the state Senate where Republicans seemed poised to block it.

The legislative session is well under way now, and Connecticut Republicans, since last year stronger in numbers in both the House and Senate, are pushing a bill that would impose work requirements on some Medicaid recipients and tighten the rules for receiving food stamps.

Three Republican lawmakers also are demanding the Corrections Department disclose a report on inmate healthcare that identified eight deaths of prisoners in state custody. It is the latest expression of ongoing concerns about inmate healthcare.

Democrats of the General Assembly’s Black and Puerto Rican Caucus, for their part, have identified pay equity and women’s health care as top priorities.

Municipal leaders of all stripes also have their priorities. For one thing, after a busy and expensive season of snow removal, city and town officials want the road maintenance money the state owes them.

Folks in Bridgeport (and New Haven) want a chance to develop a casino — something State Attorney General George Jepsen says can at least be explored without jeopardizing the state’s revenue deal with the Mashantucket and Mohegan tribal nations.

City officials, of course, want local jobs; and in that respect Hartford got a nice bump when Infosys, an India-based information technology company, named Hartford as one of its new technology-and-innovation hubs, promising an estimated 1,000 new jobs. 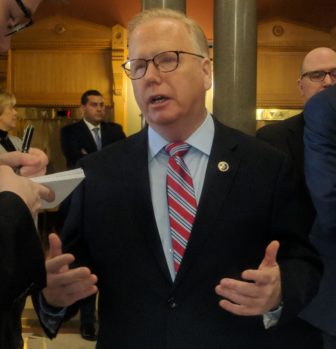 In the big-picture outlook, Connecticut municipalities said they would be willing to risk seeing their local aid cut if the legislature adopted the full package of tax and economic development reforms recommended recently by the Commission on Fiscal Sustainability and Economic Growth.

On the political campaign circuit, Danbury Mayor and Republican gubernatorial candidate Mark Boughton found himself explaining Friday that his seizure at a campaign event the previous night was caused by severe dehydration and should not affect his viability as a candidate.

Connecticut healthcare is at a crossroads

Connecticut rail car purchase plan is on the wrong track

CT ViewpointsCT Artpoints
Opinion Connecticut healthcare is at a crossroads

by Andrew Giering and Carolyn Lusch

Sunday, Nov. 15 marked the World Day of Remembrance for Road Traffic Victims.  The Safe Streets Coalition of New Haven gathered on the New Haven Green to call for change in our city, and across Connecticut, to make streets safer for pedestrians, cyclists, and transit users.  As of Nov. 15, 12 pedestrians and cyclists have died this year after being struck by a vehicle in New Haven – an increase from the nine lives lost in 2019.  These entirely preventable deaths are not just statistics.

Opinion With COVID cases rising, Meriden should go to all online high school

I have been attending Meriden Public Schools my whole life. I am grateful for every opportunity that I have been given by my district and all of my teachers. A year ago, a thought like not going to school wouldn’t even be an option. As a senior, I need as much time in the classroom as I can to prepare myself for higher education. Lately, however, I have been risking the health of my family, and my community by attending school.