The politics of money — and more emotional concerns

In politics and government, it often boils down to the money.  But when it doesn’t, look out.

Money, or the lack of it, is probably Connecticut state government’s defining problem right now – and it is likely to be for more than a decade as the state’s pension costs soar.

The state’s whole economy, including home prices and job recovery, is still lagging, though the most recent labor department report showed the addition of 4,100 jobs and no increase in unemployment.

The state’s award of its first contract for the development of offshore wind power will bring economic benefits and jobs  —  an estimated 1,400 jobs, in fact. Also on the plus side, Connecticut residents and organizations reached a philanthropic donation milestone: $5 billion. 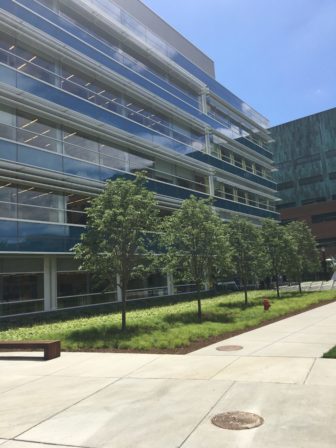 The new Engineering and Science Building at the University of Connecticut.

The state’s use of its money is also an ongoing issue, and last week the University of Connecticut’s financial management – and its warning that it might have to raise tuition — was the focus of the top Republican state senator’s wrath. State Sen. Len Fasano was not in attendance when UConn unveiled its new $95 million Engineering and Science building.

There are not enough state funds being spent on the Medical Examiner’s Office to satisfy national accreditors, who say the current number of examiners is insufficient for its huge caseload of opioid overdoses. U.S. Rep. Elizabeth Esty wants to fix that by appropriating federal funds to hire more.

It was the unavailability of state money last week that was troubling three Republican candidates for governor. They were told by the State Elections Enforcement Commission that their applications for public campaign funds need more work. The temporary setback had no apparent impact on their ability to campaign and they were out last Friday talking about tourism with several other candidates, including some who don’t want any state funds. The Republicans debated last Monday, too, where Gov. Dannel Malloy was a common target for criticism.

Malloy is accustomed to criticism from all directions, so showed no reluctance to engendering more when issuing vetoes Thursday on, among others, a measure concerning the Hartford financial bailout. He had issued his fifth veto Wednesday on a bill that would have created new legislative oversight of the Department of Children and Families.

Last week was the deadline for would-be candidates to petition themselves onto the Republican or Democratic primary ballots, and Bridgeport Mayor Joe Ganim appeared to be at least one likely qualifier. 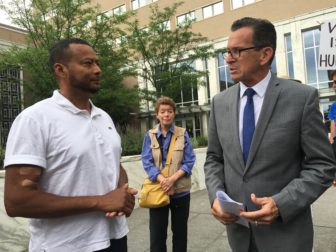 The politics of money are seldom as emotional, contentious or troubling as non-money policy concerns, however, and certainly that is true about claims of sexual harassment and racial disparities at the U.S. Coast Guard Academy and President Trump’s new policy of separating an estimated 2,000 children from their illegal immigrant parents at the border. Among the many religious and other voices opposing that policy as immoral and “disgraceful” is Connecticut U.S. Rep. Rosa DeLauro, D-3rd District, who called the practice “child abuse.”

U.S. immigration authorities also came under fire from protestors, including the governor, for threatening to deport an undocumented Honduran man (and 30-year Connecticut resident) just before he was due for a kidney transplant.