Connecticut’s leadership bluer than blue (but room for you, too)

As if it were possible, Connecticut’s government last week got even bluer than it was before Election Day, but new Governor-elect Ned Lamont has opened his dialogue with the public with a different message: unity.

“I have to bring people together to make sure this is a state that hangs together going forward, making the decisions we need to get this state growing again. And that’s what I mean to do.”

To be sure, Lamont and the new legislature, despite a larger majority in both state houses, have a difficult task ahead in crafting a state budget that deals with the huge deficit projected for next year. The job will possibly need bipartisan support and be more politically demanding because of a new “volatility cap” rule put in place last year.

Additionally, while there appear to be more residents supporting the Democratic agenda, the towns that did not have become even more conservative in makeup — a reflection of a political polarization taking shape nationwide. 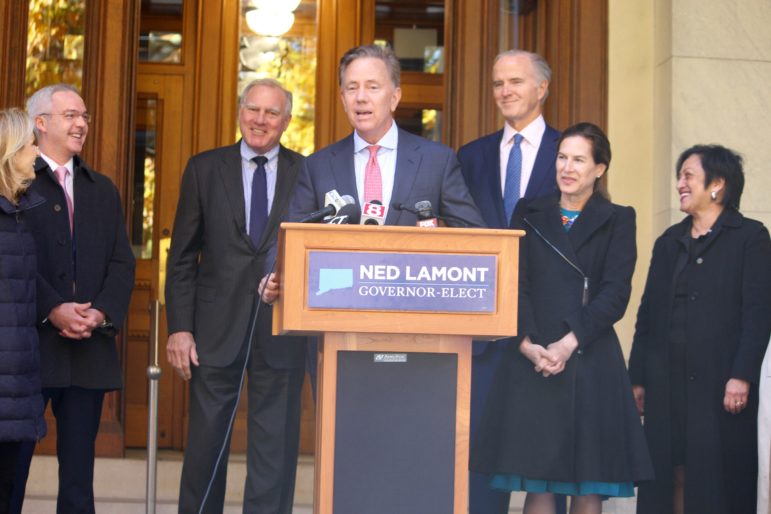 Either way, Lamont is enlisting the help of a transition team of veteran politicians, business people and educators to launch his administration. He started his push for economic development in Connecticut’s southeastern corner, a region that epitomizes the state’s potential for growth. The Gov.-elect will also likely be getting some input from departing Gov. Dannel Malloy in how to handle the deficit problem.

Both in the state capitol and in Washington, Connecticut representatives appeared to benefit from a strong expression of voter sentiment against President Donald Trump, his policies and the candidates who supported him. U.S. Sen. Chris Murphy and four incumbent representatives to Congress were easily reelected, putting U.S. Reps. John Larson, Joe Courtney, Rosa DeLauro and Jim Himes in line for House committee and subcommittee leadership roles.

Connecticut’s newest U.S. representative, Jahana Hayes, made history by becoming the first black woman to represent the state in Congress, and because of a competition for Speaker of the House, may have a little negotiating leverage when it comes time for committee assignments.

The race for governor between Republican Bob Stefanowski, Democrat Lamont and independent Oz Griebel took until Wednesday morning to be decided, owing to the late arrival of results from the heavily Democratic cities, which pushed Lamont over the top.  Vote tabulation went relatively smoothly except in New Haven and Mansfield, where large numbers of Yale and University of Connecticut students descended on – and nearly overwhelmed — the polls in order to take advantage of the Election Day Registration rules.

Leadership of the General Assembly will not change much, if at all. And calls for unity and bipartisan ship notwithstanding, the Democratic majority at the State Capitol has some specific items on its agenda that are decidedly not Republican: paid medical leave, for example, and a higher minimum wage, and perhaps tolls on Connecticut’s highways.

Paid medical leave, education and better health care are also high on the list of the state’s female Democratic representatives — a group that grew significantly larger as of the election. 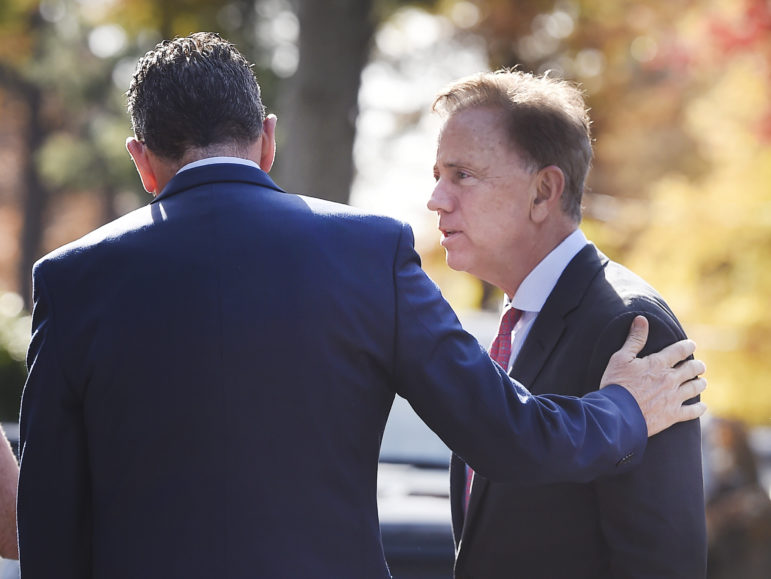 As for the highways, state voters voted overwhelmingly to approve a referendum that creates a “lock box” to prevent legislators from diverting certain transportation funds to other state needs. Even with the lockbox in place, however, there is no guarantee the state will have enough money – or be able to borrow enough – to upgrade its deteriorating infrastructure.

Of all the state’s congressional representatives, only Sen. Richard Blumenthal was not up for reelection last week, but his role as a major burr under Trump’s saddle was plainly evident in his assessment of the dismissal of U.S. Attorney General Jeff Session. Hearkening back to days of Richard Nixon and Watergate, Blumenthal called the event a “Saturday Night Massacre in slow motion.”

In what may be a triumph in bureaucracy and symbolism over efficiency, however, the president wants health insurers to bill people separately for the cost of their abortion coverage and the rest of their health care, giving them the opportunity to pay with two separate checks each month.